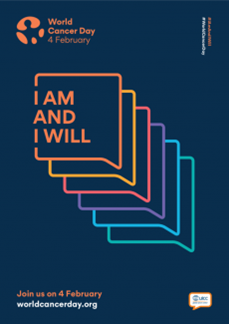 World Cancer Day targets misinformation, raises awareness, and reduces stigma. Multiple initiatives are run on World Cancer Day to show support for those affected by cancer. One of these movements are #NoHairSelfie, a global movement to have “hairticipants” shave their heads either physically or virtually to show a symbol of courage for those undergoing cancer treatments. Images of participants are then shared all over social media. Hundreds of events around the world also take place.

The Charter of Paris Against Cancer, which was created to promote research, prevent cancer, improve patient services, also included an article establishing the anniversary of the document’s official signing as World Cancer Day, was signed at the Summit by the then General Director of UNESCO, Koichiro Matsuura, and then French President Jacques Chirac in Paris on 4 February 2000.

World Cancer Day is marked by the international cancer community, governments, and individuals around the world. Each year, more than 900 activities take place in over 100 different countries, with the day itself a trending topic on Twitter. 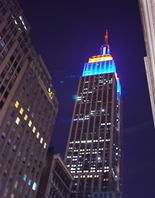 In recent years, cities have begun to support the day by lighting up important landmarks in orange and blue. In 2020, 55 landmarks in 37 cities participated in the landmark lighting initiative.

The 2019-2021 WCD campaign theme is ‘I Am and I Will’. The theme seeks to counter the negative attitude and fatalistic belief that nothing can be done about cancer, and instead promotes how our personal actions can be powerful and impactful. World Cancer Day is sponsoring a 21 Day Challenge. For the past two years, World Cancer Day supporters around the world have been sharing their ‘I Am and I Will’ commitments – pledging bold and brave actions to reduce the impact of cancer.

2021 is the final year of the ‘I Am and I Will’ campaign.  Be a part of your journey to achieving your ‘I Am and I Will’ commitment. Through the World Cancer Day 21 Days to Impact Challenge, they will be with you every single day for 21 days encouraging you along your way to making impact through small but meaningful actions.  Click this link to start your challenge:  21DayChallenge