As an under-researched form of cancer, partly due to rarity and also as a cancer that doesn’t have the awareness with the general public as some, finding new treatments and approaches in dealing with this disease is always a challenge. However, as a cancer with particularly high mortality rate, any breakthrough really can change lives, and one place that is focusing on sarcoma is the Memorial Sloan Kettering Cancer Center (MSK), which has a large team of specialists focused on sarcoma cancers of all kinds.

It is important to understand that sarcoma is not just a single cancer, but a group of more than 50 distinct types. They differ in both the type of tissue forming tumors as well as the underlying genetic changes driving that formation. This is important when discussing potential treatments, as it means that there is no single solution for sarcoma patients, with new treatments developed based on the specific type of sarcoma being dealt with.

The team at MSK are focusing specifically on sarcoma, so while other cancer teams may treat a wide variety of cancer types, this team are treating sarcoma, every day. This in turn makes a huge difference in their understanding of the disease and the ways to approach treatment.

With so much still to learn about sarcoma, new approaches are always under development. While the team use current treatment methods, including surgery radiotherapy or chemotherapy, and often a combination of these, they are proving to be inadequate overall, with only about half of all sarcomas being cured. In the other half the cancers continue to ravage the body, eventually reaching vital organs.

The goal of the MSK team then, is to find ways to improve that survivability rate, and currently have more than two dozen ongoing trials to find that elusive treatment that can significantly impact the disease. 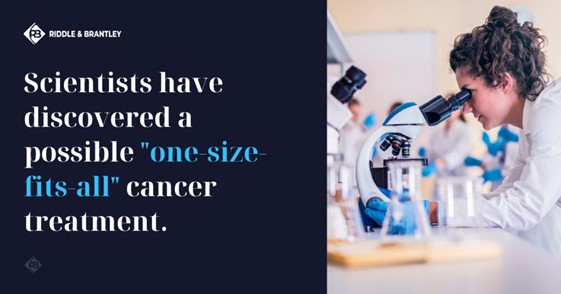 Immunotherapy treatments, that enhance the body’s own immune response systems to better tackle disease, has transformed the treatment of some cancers already, including lung cancer and melanoma, and is one area of promise for tackling aggressive forms of sarcoma as well. Here, drugs known as checkpoint inhibitors are used to boost natural immune systems, however they tend to work best with tumors that are already surrounded by immune cells. These so called’ hot’ tumors are very different to the tumors formed by sarcoma, which have little inflammation around them when examined during a biopsy and are referred to as ‘cold’ tumors.

This would suggest that sarcoma would respond poorly to this type of treatment, but during trials MSK have found that combining this immunotherapy approach with isolated limb infusion, which uses high dose chemotherapy in the specific tumor location while being prevented from spreading to the rest of the body, has promise. The MSK trial uses the checkpoint inhibitor pembrolizumab to provide the additional boost for the body’s own immune system, and a study has shown that when combined with isolated limb infusion has proven effective against melanoma. The reason it is effective is that such concentrated chemotherapy triggers inflammation in the tumor, causing immune cells to find and attack it, in effect creating a ‘hot’ tumor even if it is cold by nature.

Another approach to turning a tumor ‘hot’ to allow immunotherapy to become an effective treatment is the use of a modified virus known as T-VEC. This modified virus attacks tumor cells, killing some and releasing fragments into the blood stream. This again makes it easier for immune cells to find the tumor, and benefit from the boost immunotherapy provides in dealing with the tumor cells. Trials are ongoing with several types of sarcoma and there has been promising activity so far.

In addition to the immunotherapy approach, doctors at MSK are also looking at other treatments for sarcoma, including targeted therapy. Here the focus is on bone sarcoma, using the drug ivosidenib, which has been successfully used in the treatment of types of leukemia previously. Another targeted therapy is focused on malignant peripheral nerve sheath tumors, a type of sarcoma that affect the lining of the nerves. In this case, a combination of the drugs ripretinib and binimetinib are being used to help the treatment of this type of sarcoma during trials.

Having a large team focused exclusively on sarcoma treatment can only lead to improvements in medical responses for these rare diseases. While it remains early in the process, with so many trials and promising approaches being developed, these new treatments could transform lives, not just for sarcoma patients, but help develop new ways of treating cancers of all kinds.