Lung Cancer Awareness month is a hugely important event that has been responsible for around 400,000 more early screenings per year. That’s 400,000 more patients being treated at an earlier stage annually.

What is Lung Cancer?

Lung Cancer develops when the cells in the lungs mutate in a way that the body cannot control. As the mutations increase, lumps develop and this is known as a tumor. Cell mutations can start both inside the lung, or in a different part of the body and spread to the lungs. How lung cancer develops can affect how the treatment is dispensed.

How to Prevent lung Cancer

There are several ways in which to prevent lung cancer, and reduce the risk of contracting the illness:

Among other risks, those who smoke are particularly vulnerable to developing lung cancer. If you do not smoke, don’t start. Smoking can both cause cancer, and prevent your body from fighting it effectively.

If you are a smoker then it is advisable to take steps to stop smoking completely, just reducing cigarette intake is often not enough.

Second-hand smoke increases the risk of developing lung cancer by 20% to 30%. Also known as passive smoking, inhaling second-hand smoke can be as risky as smoking itself. It can be the cause of cancer in adults who have never smoked but have been exposed to smokers either at home or work.

Check Your Home for Radon

Radon is thought to be the second leading cause of lung cancer behind smoking. Radon is an odorless, colorless gas that is emitted naturally from rocks and soil.

Those who contract lung cancer from radon exposure are usually inhaling the gas through cracks and gaps in their homes, but the gas can also dissolve in groundwater. It is estimated that 1 out of 15 homes in the US is affected by Radon, so be sure to get your home checked so you can get it fixed to protect your health. 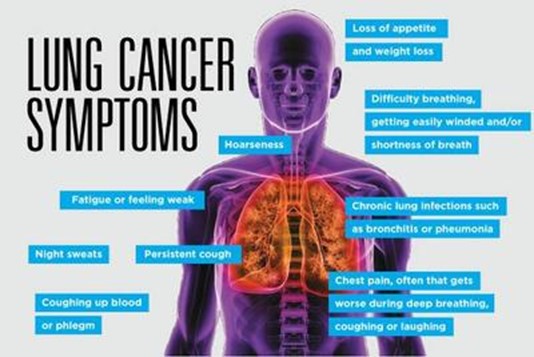 If you believe that you may be at risk of lung cancer, then speak to your doctor about a possible screening. While early detection greatly improves your chances of successful treatment, it is not without its risks. Therefore, your doctor will advise on whether screening is right for you.