March certainly came in like a lion and did not go out like a lamb. As the coronavirus pandemic became increasingly dire, and people across the nation hunkered down in their homes glued to their tv’s, watching the news became a gloomy national ritual.

You can’t watch the news forever. The constant daily, actually hourly, updates on the pandemic are too depressing -- but we watch endlessly, glued to the television. I say, if you are going to be glued to the tv, you might as well be entertained.

It’s April. And a new month always brings new shows and films to streaming services, including Netflix, Hulu, Amazon and Disney Plus, Apple TV… well there are just too many streaming shows to include them all… you know what you have. I took some time to sort through some of the dozens of new releases so you won’t have to. Don’t have some of the premium channels?  Well right now many streaming services are offering their shows for free on a trial for anywhere from a month or longer. I sorted through the dozens of newly available titles and picked what I thought was the best binge-worthy shows April has to offer. April streaming has something for everyone, from a less-than-professional baking competition to a cult sitcom to the world’s best-known spy marathon. That’s right. Bond. James Bond 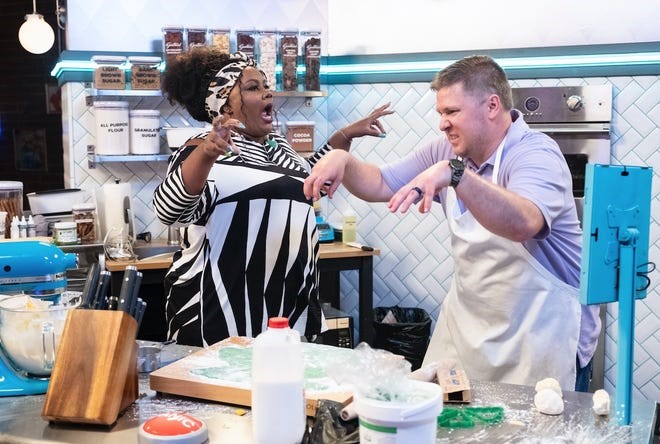 If quarantine baking isn't going as well as you'd hoped: 'Nailed It!'

I went to the store the other day and could not find any sugar on the shelves. Manager told me everyone is home baking with their kids because all the kids are home. So baking is hugely popular right now, I even tried my hand at it using a Kitchen Aide stand mixer that I was gifted recently, but the results were less than laudatory and, to be truthful, less than edible. That’s why I love NAILED IT, the NETFLIX cooking series in its 4th season; not only does it celebrate the many baking fails from amateur cooks, but it is hilarious in a schadenfreude kind of way. No matter how bad a baker you are, this show will make you feel like you are Julia Child

If you are looking to complete your cinematic education: A James Bond movie marathon

"No Time To Die," the 25th James Bond movie, was one of the first big releases delayed as a result of the pandemic, but that just gives you more time to rewatch the entire series. Helpfully, all the Bond films through Pierce Brosnan's last go-round (2002's "Die Another Day") will be available on Amazon in April, and the first two Craig films are on HBO Go and HBO Now. Start with Dr. No and skip the Casino Royale starring Peter Sellers, David Niven, and unbelievably, Woody Allen all playing James Bond.

If you love a family dramedy: 'Vida'

Starz's understated half-hour drama comes to Amazon this month, and it's a must-watch if you have missed it because you don't have the premium cable channel, thank you free trial. The superbly written series follows Mexican-American sisters Emma (Mishel Prada) and Lyn (Melissa Barrera) living on the east side of Los Angeles, who have very different personalities. ON Amazon and Starz

What can be better that watching some of the best known and funniest comedians in the world driving in eclectic and signature cars to get coffee? Jerry Seinfeld’s hoot of a show “Comedians in Cars Getting Coffee” is hands down one of the funniest shows on tv. And "Parks and Recreation," "30 Rock," "The Good Place" and "Brooklyn Nine-Nine" are all great, but if you've run through the more popular comedies, "Community" might be a good one to binge next. Infamously low rated but with a cult following, the sitcom about a diverse study group at a community college went to weird but (mostly) funny places over its six tumultuous seasons. All on Netflix.

If you miss going to theaters: 'Onward'

The latest movie from the tear-jerking Pixar crowd had its theatrical run cut short, but Disney shifted it early to digital platforms, including its own Disney Plus. With the voice talents of Tom Holland and Chris Pratt, "Onward" is set in a fantastical world where two brothers are on a quest to bring their father back, if just for one day. Don’t see it with your kids if you don’t want them to see you cry. Disney Plus.

If you remember the Academy Awards were a mere seven weeks ago: “Parasite”

Although it seems like a lifetime ago, it was only Feb. 9 when South Korean film "Parasite" shocked movie fans by picking up slew of Oscars, included best picture. Now the lauded film, about a poor family that manipulates its way into the lives (and pocketbooks) of a rich one, is available to stream. If you missed it in theaters (or even if you have already seen it), the film is worth watching, a gut-wrenching deconstruction of class and wealth inequality from the brilliant mind of Bong Joon-ho, director of films like "Okja" and "Snowpiercer." On Hulu April 8th 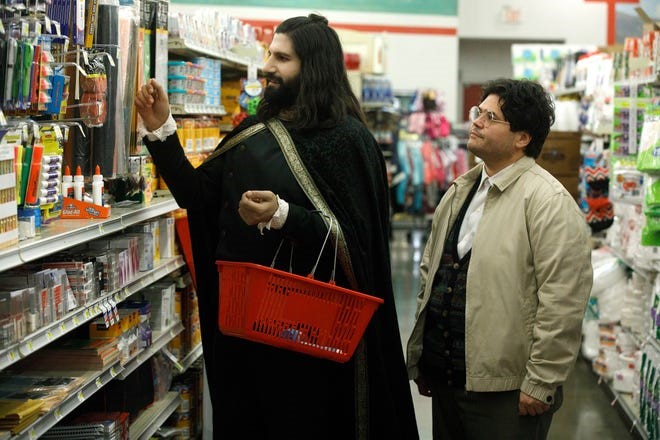 If you want some absurdity in your humor: “What We Do in the Shadows”

The nuttiness of the vampires in FX's hilarious series never gets old. Based on the film from "JoJo Rabbit" director Taika Waititi and "Flight of the Conchords" star Jemaine Clement, "Shadows" follows a group of hapless vampires in Staten Island, New York, stuck in the gothic past while trolling for virgins to eat. A second season begins on the cable network April 15, and streams on Hulu the next day, so now is the time to catch up.  Stream it on Hulu. Season 2 premieres on Hulu April 16.

If you want to watch something with your dad: “Bosch”

Amazon has a great selection of shows that seem tailor-made for dads everywhere, and this cop-with-his-own-moral-code drama is one of the best. Starring Titus Welliver as the eponymous LAPD detective, based on Michael Connelly's novels, "Bosch" has plenty of hard glares and moral gray areas to satisfy any fan of police procedurals that are not overly simplistic. Streaming starts on April 17th, more than enough time to catch up starting with Season One. Caution: This show is like Lay’s potato chips… betcha you can’t watch just one. Stream Season 6 on Amazon April 17. 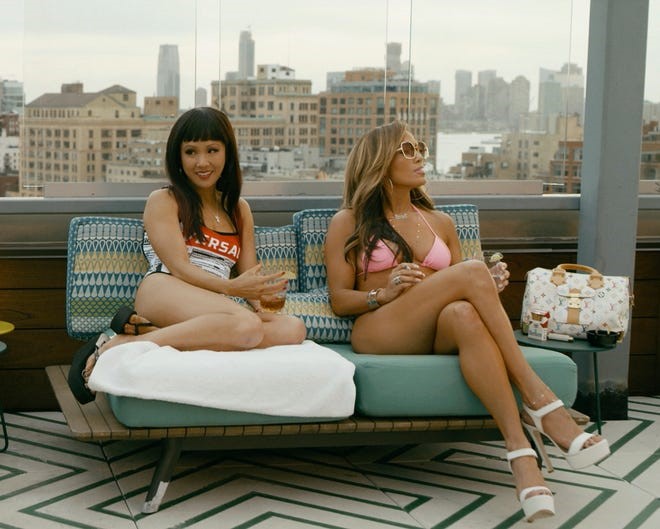 If you want a stranger-than-fiction true crime story: “Hustlers”

Jennifer Lopez and Constance Wu lead this critically beloved 2019 film, which might make you feel like you're at a party even if you can't leave your house. The glitzy film is based on the true story of New York exotic dancers who drugged and robbed their rich customers.

Stream it on Showtime Anytime April 25.

If you want a sweet teen comedy: 'Never Have I Ever'

Mindy Kaling's latest series is based partly on her experiences as an Indian-American teen, and her trademark brand of loud, unfiltered humor is apparent even for a younger age group. (Kaling produces but doesn't appear in the series.) Narrated by, of all people, tennis legend John McEnroe, the series follows a struggling teen (played by sparkling newcomer Maitreyi Ramakrishnan) with aspirations of getting a boyfriend and becoming popular. Netflix April 27. 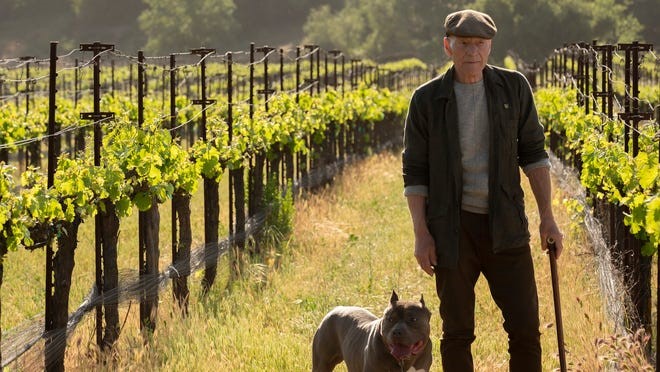 “Make it so.” Picard is back. Need I say more? Only on CBS All Access.

If you are a Star Trek fan and if you don’t have CBS All Access, they have a free trial also and now you can also catch up on “Discovery” who some say is the best Star Trek spin-off of them all.

So that’s it for now. More than enough to keep you distracted from the news. Who’s knows, if we are lucky, this pandemic will be gone before the free trials are over.

On a side not…tv’s great and all, but take some time to just be with your family if you are lucky enough to be with them. A walk or a bike ride outside is remarkably satisfying during these time…I call them taken-for-granted pleasures.